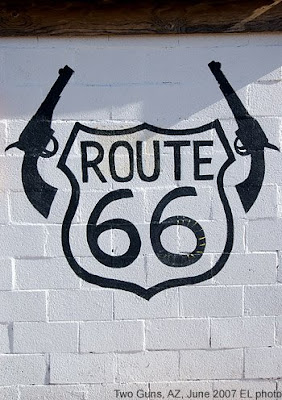 It’s been a very good day.

But first things first: Happy birthday, Route 66! Today is the 82nd anniversary of the Mother Road’s commissioning, which took place on November 11, 1926. To duly celebrate the occasion, I pulled out my Old Smoky’s 66 mug (purchased in Williams, Arizona, a favorite Mother Road town) for the first cup of joe.

We’ve had a good run these past five days. On Friday, one of my greatest evenings ever took place when I gave an author’s talk and book signing at the National Steinbeck Center in Salinas. As part of the city’s “First Fridays Art Walk,” the Steinbeck was kind enough to host a “premiere reception” for Route 66 Railway. Attendance was much bigger than expected – nearly 100 people showed up through the evening! After speaking about the book, its messages and how it came to be (sprinkled with a few stories, including the infamous “reservation tale”), the crowd kept things going with another 30 minutes of questions. The Steinbeck’s supply sold out well before the talk was done, and we all had a grand time sharing memories of the Mother Road and its railway companion. 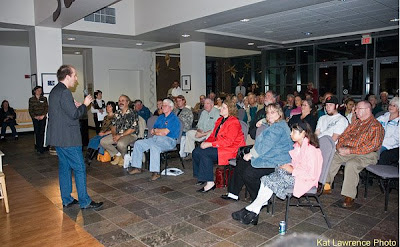 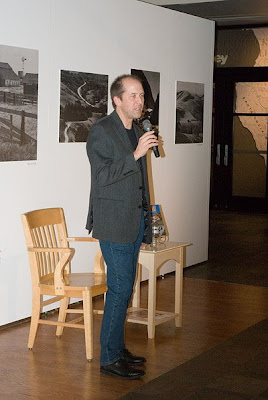 
Today, with the Steinbeck rush still palpable, today’s agenda included a meeting at our “neighborhood” Borders, 20-something miles away in Sand City, near Monterey. Unfortunately, while Salinas is John Steinbeck's boyhood home, we have only a mall-encrusted B. Dalton to serve as the town’s chief bookseller. (Our other literary refuge is the Steinbeck Center bookstore, of course.)

At Borders I met with buyer Gail Larson and showed her a copy of R66R. Happily, she loved the book and is placing an order for 10 copies. We checked out the “travel narrative” section, where she plans to display the books (showcasing the “local author” angle, of course). It’s an important breakthrough into the mainstream bookseller market, and hopefully the first of many major locations. In an act of divine providence, Laura was off work for Veterans’ Day, and got to share in the success (after all, she did write a mean neon sidebar).

If that wasn’t enough, today Tim Lincecum—our favorite flame-throwing pitcher for the Giants and the salvation of a tough 2008 season—won the Cy Young Award!

Finally, just when I thought the day couldn’t get better, TrekMovie and Entertainment Weekly debuted the first image of the redesigned U.S.S. Enterprise for next year’s Star Trek movie (coming to theaters May 2009). What. A. Beauty. Gotta catch the trailer this weekend with Bond.

Every once in a while life fires on all cylinders, and a perfect day needs to be savored because we don’t know when the next will arrive.

Today was one of those.
Posted by Elrond Lawrence at 11:05 PM 2 comments: